The Scary Reality of Today

I live in a very safe, small community. Or so I thought. We live on a block that when my children ride around it on their bikes, I can actually hear their voices the whole way around from our garden. And at 9 years old and 7, I didn’t see any harm on them having a little bike ride around the block as long as they kept to the obvious rules we have parroted into them since birth.

So when they yell “mum, can we ride our bikes around the block before dinner?” I replied with the usual “be safe but be quick because dinner is almost ready!”

When the street went quiet, I gave them the benefit of doubt. I waited patiently. I continued to plate up dinner. I chatted to my husband. I watched the street like a mad lady. I made my husband drive his ute around the block to help me find them.

Find them I did. Chatting to two unknown men. Was I mad? Was I what!!! It gets better, they had a pocket full of sweets… How has this happened? We have been parroting the Stranger Danger risks since birth, as have the school, friends, family, community, need I go on? How have they missed the point?

After we had got them home. Restated the risks. Did the usual bedtime routine (abate a bit early as a wee punishment).

I sat on the couch and thought… something is not sitting right here.

So I called the Police Station and asked for some advice. As the really awesome Policeman I spoke to said: “If it looks like a duck and sounds like a duck…” After giving as many details as I possibly could, they gave me the police event number and then I poured a glass of wine and finally relaxed.

But did it end there?

I’m afraid not. Seriously, I couldn’t make this stuff up. I’d apparently described someone that the Police were looking for. So without going into too much detail, there was some police activity in our wee neighbourhood.

Fast forward the police raid and an arrest of a dangerous criminal, I finally went to bed with a little trip to the Police Station to look forward to the next day to hand in the lollies and have the Police speak to the children.

The Cherry on Top

Needless to say I didn’t sleep well last night. But off to the station, I dragged my children.

To find out that something similar had happened to another family in a neighbouring suburb. And that this particular house is a known Gang house (!!) and that they had arrested what they considered to be a dangerous criminal.

I can’t work out if I feel relief that we dodged a bullet or absolute shame that this happened to our family!

What has the bad taste taught me?

Good question. I think my children, after an intense one-on-one with a police sergeant, finally get the message. But what about others?

Does our Stranger Danger message need updating? The reality is that my children were told pretty much the same message as me, which worked for me, but obviously didn’t work for them. The danger wasn’t dangerous enough for them until they heard more about the more serious consequences. Is this another knock on from Social Media and Digitial Devices?

Help… not just my children and my community, but yours too. I am sharing my message because I feel we dodged a bullet yesterday and if that helps you do the same thing then I am thankful! 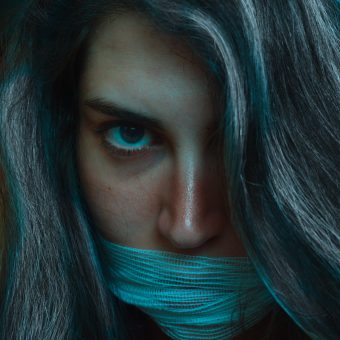